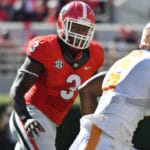 One of the best tacklers in college football, Smith has both the natural instincts and the football smarts to avoid blockers and find his way to the ball carrier… Full Profile 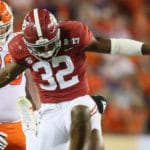 After moving from being a pass rush specialist from the edge to linebacker, Evans is finally gaining experience after sitting behind future NFL high drafts picks at Alabama… Full Profile 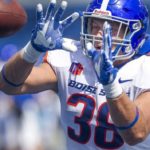 Coming off a year where he was named the Mountain West Defensive Player of the Year, Vander Esch saw his draft stock soar, and declared for the draft relatively early…Full Profile 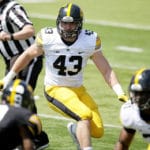 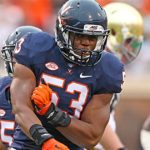 Excels at moving downhill, plugging gaps, and getting into the backfield… Full Profile 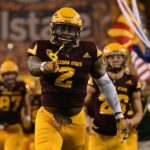 A tackling machine that can maintain the interior gaps on the defense. After suffering a season ending injury in 2016, Sam bounced back in his Junior year, becoming one of the nation’s best tacklers…Full Profile 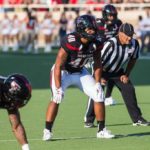 A solid tackler that has had an up and down college career to say the least. After being kicked off the team for some serious behavior issues, Allen rebuilt his reputation and was accepted back… Full Profile 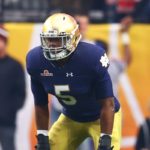 A key component to the Notre Dame 4-2-5 defense, Morgan has been a team leader for much of his college career… Full Profile 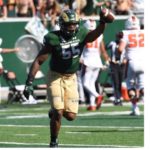 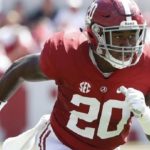 The signal caller and a natural leader, and was off the field for the only two games that Alabama has lost the last two years… Full Profile