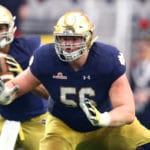 Powerful, technique-sound offensive guard that will be ready to play from the start… Full Profile 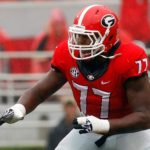 A tackle in college, Wynn is best suited to move inside at the next level. Extremely quick and powerful off of the snap, allowing him to quickly gain the advantage over defensive linemen… Full Profile 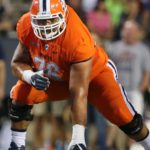 After returning for his senior season at UTEP, Hernandez will enter the 2018 as one of the most experienced and polished interior linemen in the draft…Full Profile 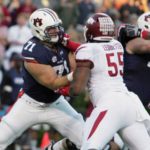 Still working out what position suits him both, Smith might need to find himself in the right offensive system at the next level to fully take advantage of his skill set… Full Profile 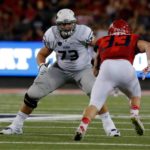 Ideal height and weight to play left tackle at the next level, but will have to work hard to showcase his talent throughout the draft process as he was not surrounded by NFL caliber talent, and might be better suited to play guard… Full Profile 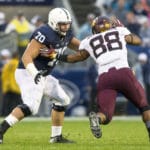 Played a lot of offensive tackle at Penn State, but skillset seems much more suited to play guard in the NFL… Full Profile

A huge offensive guard prospect, that is much more versatile than his size might indicate. Not long ago, a guard this size would not be viable, as QB’s playing under center could get a passing lane blocked by his huge frame… Full Profile 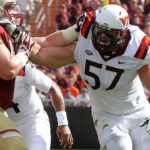 A converted defensive end, and that athleticism, footwork, and tenacious use of his arms to gain leverage is evident on every play… Full Profile 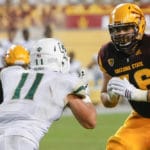 An excellent pass protector on the interior, Jones finished the year as the only guard that did not give up a sack or a quarterback hit for the entire season… Full Profile 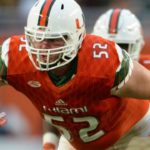