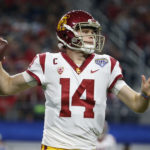 2018 NFL Draft Prospect Rankings for Quarterbacks: The most important position in all of sports. The problem is that with the overwhelming implementation of spread offenses in college, very few quarterbacks come to the NFL with all of the rudimentary skills needed to play in the NFL, such as reading defenses or going through progressions. It use to be that the best college teams produced the best quarterbacks, but that is not the case anymore. The reason is that college teams realized they can’t out recruit the top teams, so they try to out scheme them. If a middle of the road college team tried to go mano e mano against a team with mostly 5 star recruits, they would have a very difficult day. However, if you change the scheme to where lesser athletes can compete, you have a chance. There is even talk of establishing some sort of extra rookie camp or developmental league for young quarterbacks coming into the NFL. Depending on scheme, teams are looking for a strong enough arm, good decision making, adequate height and hand size, accuracy, ability to read defenses, ability to retain and process data, strong leadership, and good footwork in the pocket. 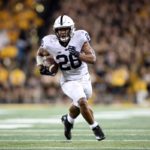 2018 NFL Draft Prospect Rankings for Running Backs: All running backs coming into the NFL are evaluated on three main attributes: running ability in general, pass catching ability, and pass protection. Overall running skills are, of course, most important and include the ability to run inside the tackles, ability to jump outside and have a strong burst, change of direction ability, vision, balance, ability to protect the football, and open field speed. Almost always a team will value pass protection as the second most important attribute, and many teams will take backs off of their board if they are unable or seemingly unwilling to block. Receptions by running backs are on the rise, and most teams make this a major part of their offense. 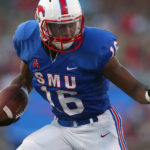 2018 NFL Draft Prospect Rankings for Wide Receivers: While the prolific use of the spread in the college game has resulted in fewer and fewer quarterbacks that are prepared to play in the NFL, wide receivers are becoming more and more plentiful. Depending on the scheme and specific wide receiver position, teams are looking for the following attributes in different orders: speed, catch radius, size, ball skills, route running ability, burst out of breaks, ability to get yards after the catch, ability to catch balls at their highest point and away from their body, ability to quickly bring in ball to body and move upfield, blocking, strength and willingness to go over the middle, and durability. 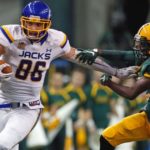 2018 NFL Draft Prospect Rankings for Tight Ends: Traditionally a purely blocking position, several eventual hall of famers changed the position to make it more dynamic and part of the passing game. In the 1970’s, while on the staff at Detroit, Bill Belichick explored two tight end sets, creating major problems for defenses. Today, while some teams might keep a purely blocking tight end that would also contribute on special teams, most teams have at least one, and often two pass catching tight ends. The value is the mismatch against a smaller corner or slower tight end. When an offense can utilize that, along with speedy slot receivers, it becomes a matchup nightmare for defenses. A tight end that can line up outside, in the slot, close to the line, and sometimes as an H-back, is often called a “move” tight end. 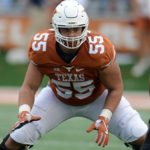 2018 NFL Draft Prospect Rankings for Offensive Tackles: Offensive tackles are a prized position in any offense. In particular, the blindside protector needs to be an excellent athlete with outstanding footwork, hand skills, length, and hand size. Proper technique is paramount. The right offensive tackle (assuming right handed quarterback) has responsibilities that tend to be more about moving forward and clearing the way for runs. Moreover, defenses generally set their best pass rushers against the blindside protector. However, defenses will move guys around, and both tackles need to have good technique and pass protection skills. 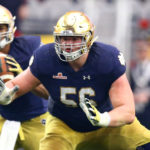 2018 NFL Draft Prospect Rankings for Offensive Guards: The major difference on how teams evaluate offensive guards is if they play a zone or man blocking scheme. Offensive lineman in a zone scheme generally don’t need to be as physical as those in a man scheme, but there is not a hard set rule. Also, the offensive scheme will change the priorities for how a team values guards. Run heavy teams will want guards that can move forward and clear the way for runners. Pass heavy teams will want guards that can hold up against defensive lineman and linebackers. 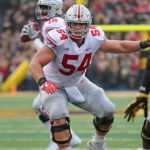 2018 NFL Draft Prospect Rankings for Centers: The center position is evolving as teams line up in the shotgun more and more. Not long ago, it was important for a center to not be too tall so the QB could have an uninterrupted throwing lane. Now centers are taller and longer. Teams are also hoping to eliminate the need to have a center get help with especially big and powerful defensive tackles. A center that can handle these responsibilities without the help of a double team changes the dynamic of an offensive line. If a team utilizes a zone blocking scheme, they can get away with a smaller, more agile center, but in general, they are looking for bigger centers than ever. Centers need to be smart and have excellent awareness skills. Centers with multiple years starting in college against top level opponents have a big advantage as well. 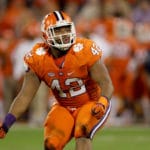 2018 NFL Draft Prospect Rankings for Defensive Tackles: Defensive tackle is a position that has increased in value to NFL teams the last few years. Teams discovered that no matter what scheme an offense is running, there is no easy way to combat against interior pressure. 3-4 defenses always need the true “nose tackle,” and they are easy to identify in the draft. They are the largest defensive tackles, can cover both gaps around them, and are difficult to move. They are rarely asked to get to the quarterback and are the anchor of the defense. 4-3 defenses use defensive tackles in different ways, as some teams value one gap, penetrating tackles, and others value run stopping anchors that allow the ends and linebackers to get to the quarterback. The real prize is when you can find a defensive tackle that can do both. 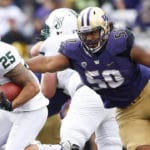 2018 NFL Draft Prospect Rankings for 3-4 Nose Tackles: The 3-4 nose tackle is the anchor of the 3-4 defense. The prospect profile for the prototypical 3-4 nose tackle is the largest of any prospect profile. Players need to be able to anchor and to control the gaps on either side of them and also to demand double teams. They should also be tall. Ideally, 3-4 nose tackles should be over 6′ 3 and be over 330 lbs with a frame coming out of college to be able to add even more bulk. 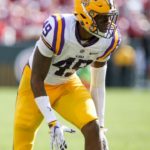 2018 NFL Draft Prospect Rankings for Defensive Ends: A defensive end player profile can mean many different things for teams. Each team will have a different set of skills they look for on either side of the line. A blind side defensive end, or a right end when facing a right handed quarterback, will generally need elite pass rush skills, whereas the strong side, or left side when facing a right handed quarterback, will need to be stronger against the run. 4-3 defenses will have different requirements than 3-4 defenses, with one in particular being the ability to drop into coverage on certain types of blitzes and other plays. Almost exclusively pass rushing ends will go higher in the draft. Finally, many defensive ends will end up playing outside linebacker in the NFL because of the rarity of 3-4 defenses in college. 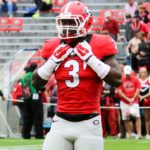 2018 NFL Draft Prospect Rankings for Inside Linebackers: Similar to all of the front seven positions on defense, the inside linebacker means different things to 4-3 and 3-4 teams. A 4-3 inside linebacker will generally be referred to as a middle linebacker, and is often the captain of the defense. In zone heavy schemes, a middle linebacker will have a diamond or home plate shaped zone to cover. His responsibility will be to move forward and backward, and will most often be the player who gets plays from the defensive coordinator. In a 3-4, the inside linebackers often work in tandem. One will have the freedom to play instinctively and make plays, the other cleans up the gaps, taking on blockers so the other can attack. 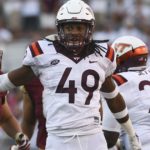 2018 NFL Draft Prospect Rankings for Outside Linebackers: Outside linebackers have many different looks, first between 3-4 and 4-3 teams, then from strong and weak side, and even between teams that play the same general scheme. The major categories of skills for an outside linebacker are pass rush ability, run defense, and dropping into coverage. Each defense will have two spots that value each of these three attributes differently. There are schemes where outside linebackers rarely move backward, and those that have outside linebackers that rarely move forward, but most require one primary skill and need the other at least not to be a major liability. The “jerk route” is named after a wide receiver getting into a route that requires a linebacker to cover when it is clearly a mismatch. Finding the right linebackers for the scheme is paramount in eliminating this problem. 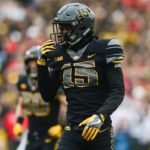 2018 NFL Draft Prospect Rankings for Cornerbacks: Not long ago the idea of a “shutdown” cornerback was emerging as a jewel in the crown for a defensive coordinator. Now, the idea of a pure shutdown cornerback seems to be a bit of a myth, most probably because of how offenses have adapted. For the draft, teams will have varying levels of priority on the cornerback position. Some teams leave their corners on an island in man coverage. Other teams play the majority of time in zone, and others mix coverage constantly. Teams that play press and man will generally need bigger, more physical corners that can disrupt routes at the line of scrimmage. Zone teams will generally need corners that don’t need the ability to stay with receivers all the way down the field. Moreover, the slot corner is becoming a major part of defenses as offenses have concentrating on creating mismatches with tight ends and running backs. 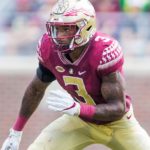 2018 NFL Draft Prospect Rankings for Safeties: Traditionally, a “free” safety played on the opposite side of the field then the tight end lined up. With complex offenses that move around weapons constantly, the discrimination between free and strong safety is very blurry. It is best to say that a free safety is one who’s talents tilt more toward coverage and playing away from the line of scrimmage.