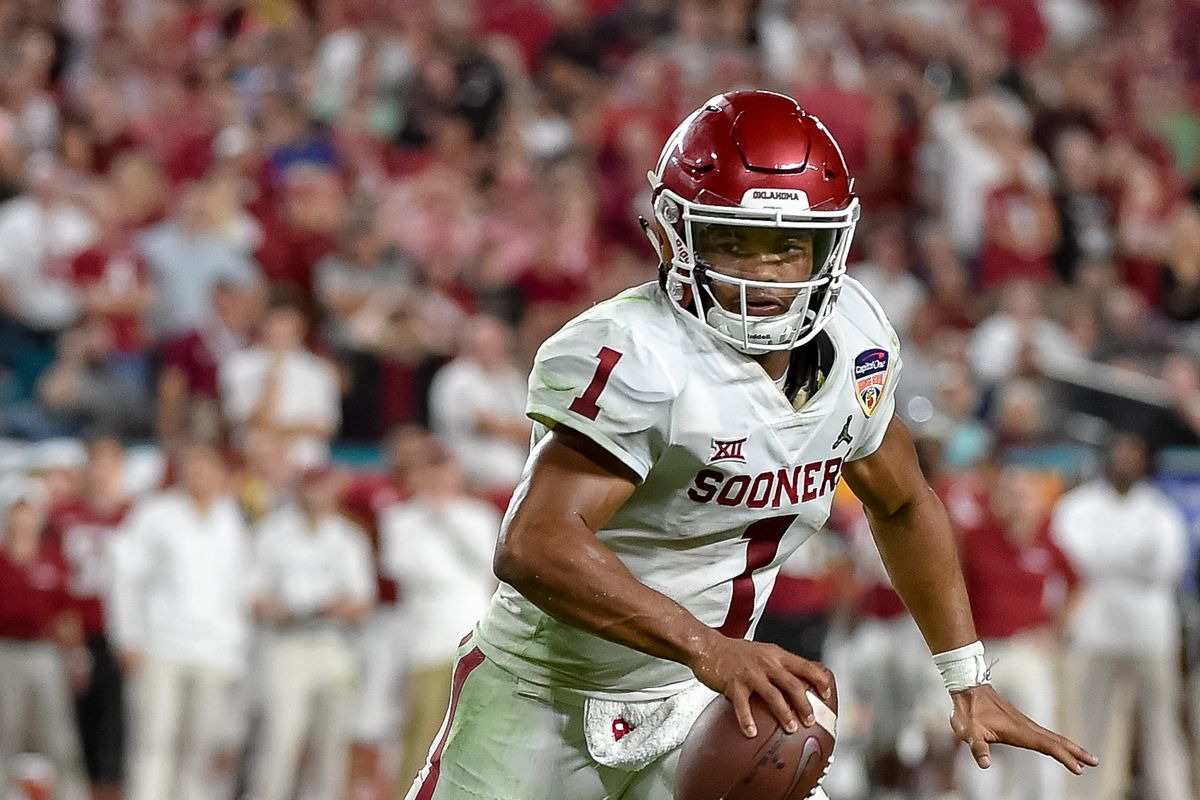 There will be a lot of posturing up until the draft, and the Cardinals probably will hold out on trading Josh Rosen, if in fact that is what they want to do, until the day of the draft, but all signs are pointing to this being Kyler Murray. Arizona needs to do a lot of work throughout their roster, including their offensive line, and if they play their cards right, can trade Rosen on draft day and turn him into an elite offensive line prospect. 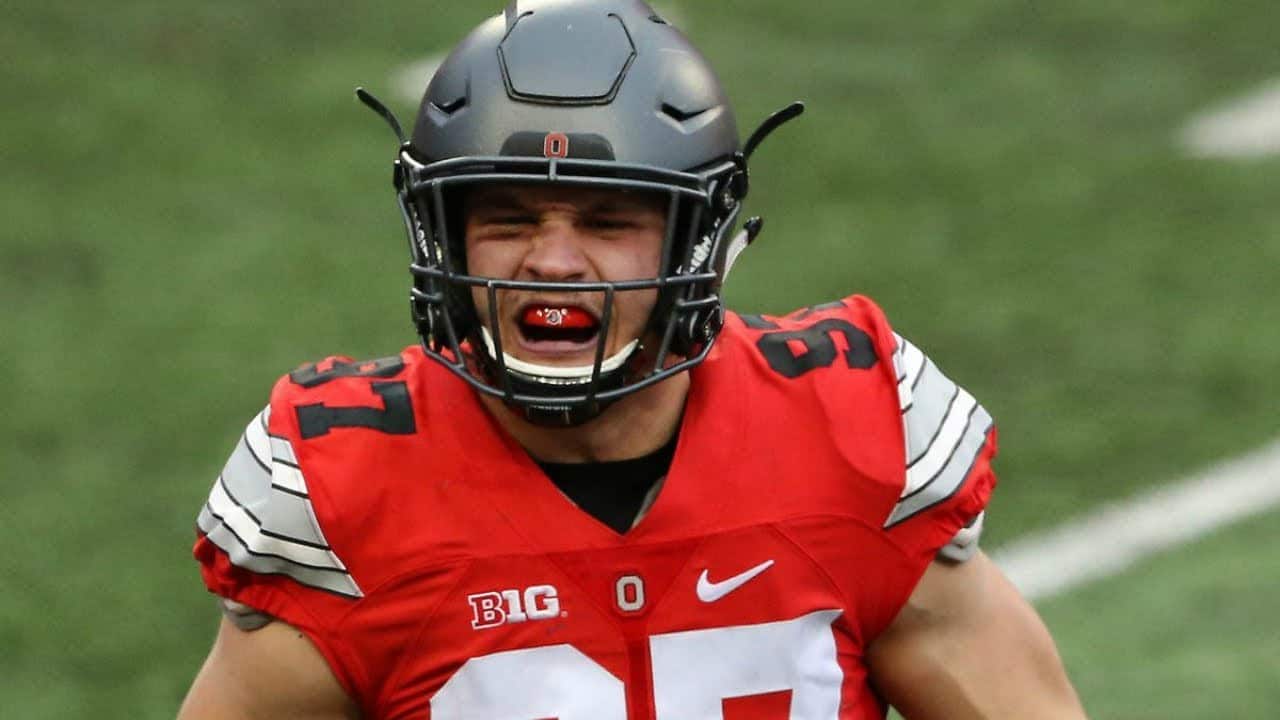 A lot of talk about this possibly being Quinnen Williams because the 49ers already have some good edge rushers, but that just isn’t how the draft works. You don’t necessarily draft based on a snapshot of your team’s needs. They will expect that their QB will stay healthy and that they will make a big move in terms of wins this year, and this should be the last time for awhile where they have a chance to get an edge rusher of this quality. They should take the best player and figure out how to fit him in after. 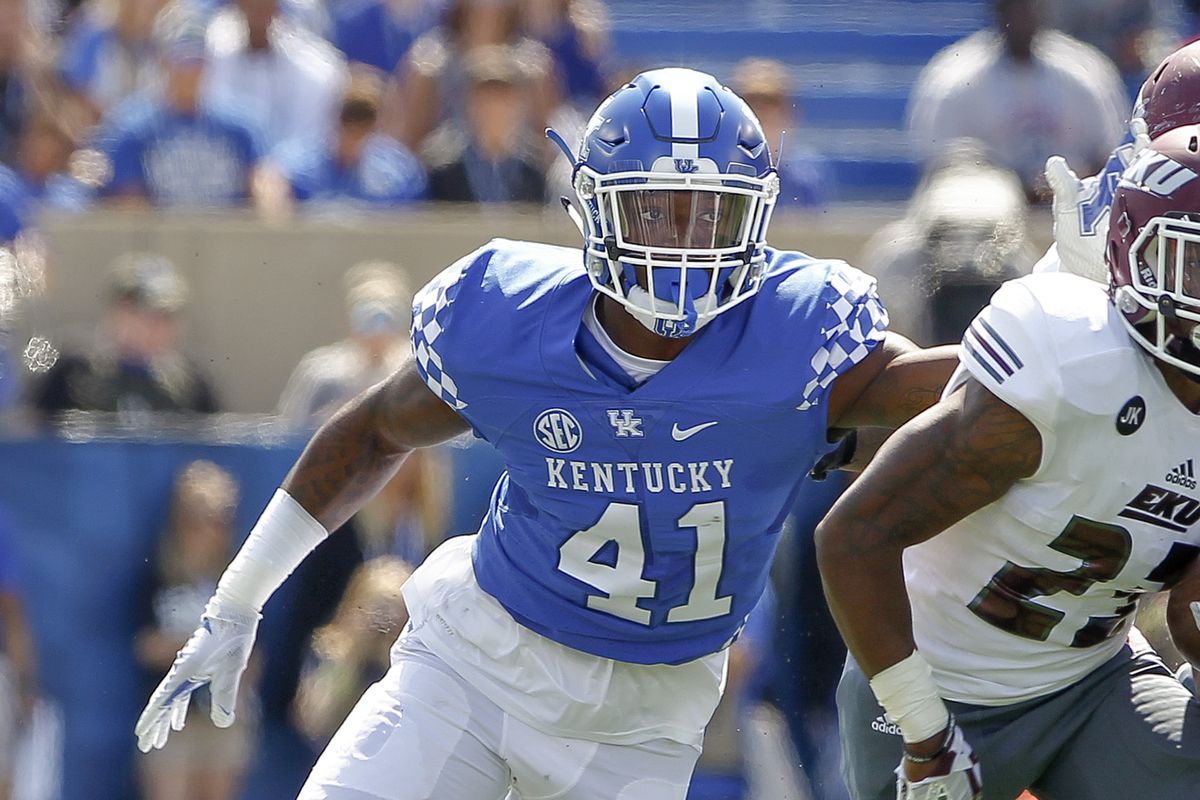 Josh Allen could very well end up being the best player in this draft when we look back years from now. He is more than just an edge rusher, and can move back and side to side very well. This is not a theoretical prospect that is being graded on potential, Allen produced in the best conference in football. The Jets have added a super elite player in free agency on offense and defense, and if they can land Allen here, could be headed in the right direction very quickly. 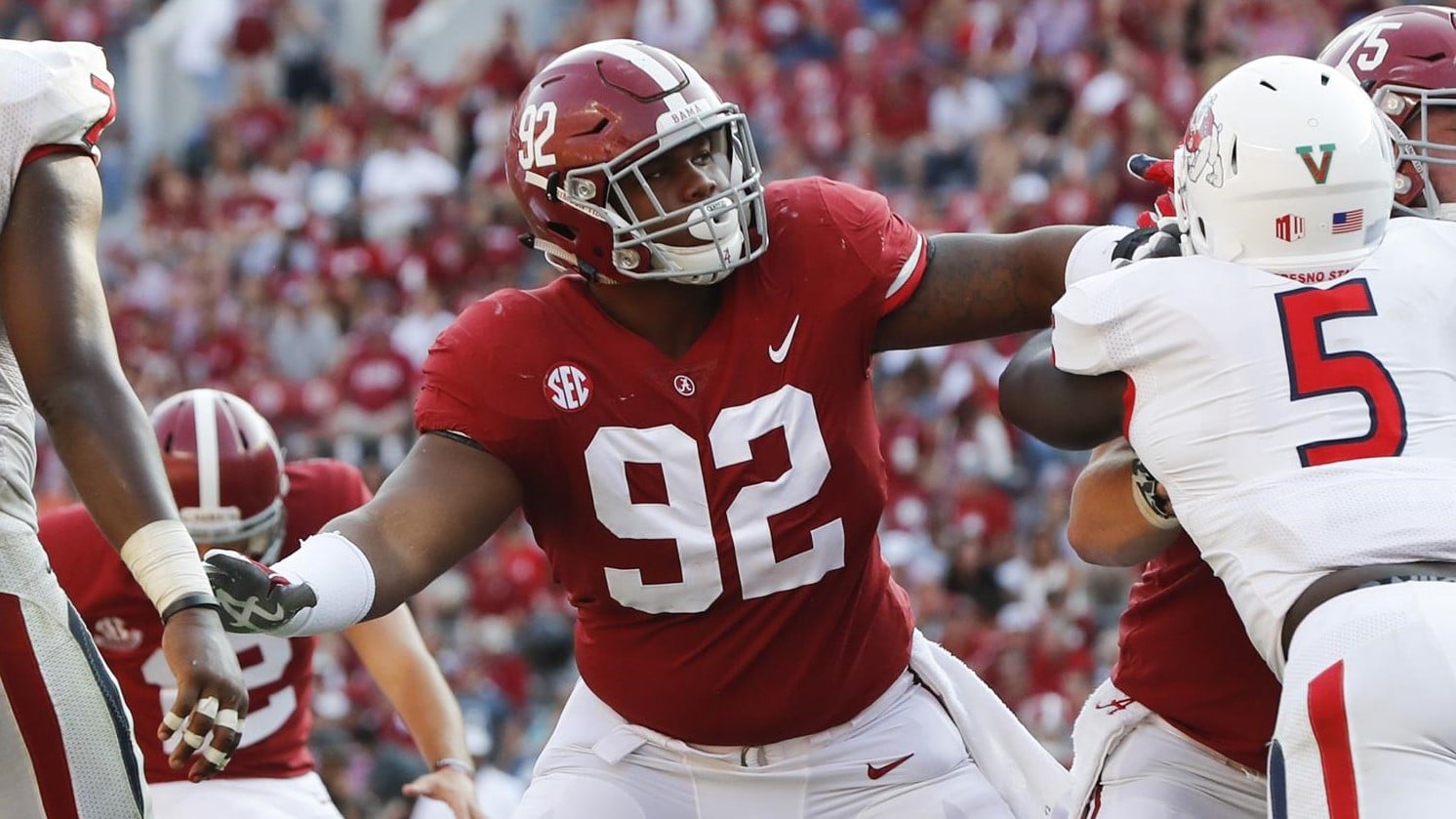 Will the Raiders make a push to get Murray using some of their extra picks? Whatever they do, the Raiders are in full control of changing the dynamic of this draft for everyone. We don’t project trades, so see them sitting here and taking one of the elite defenders that fall to them. There is an advantage to having needs everywhere on your roster AND having lots of draft picks… you don’t have to reach. They have got to create pressure, and whether that is an interior D-lineman like Williams, or one of the top edge rushers, they will have options. 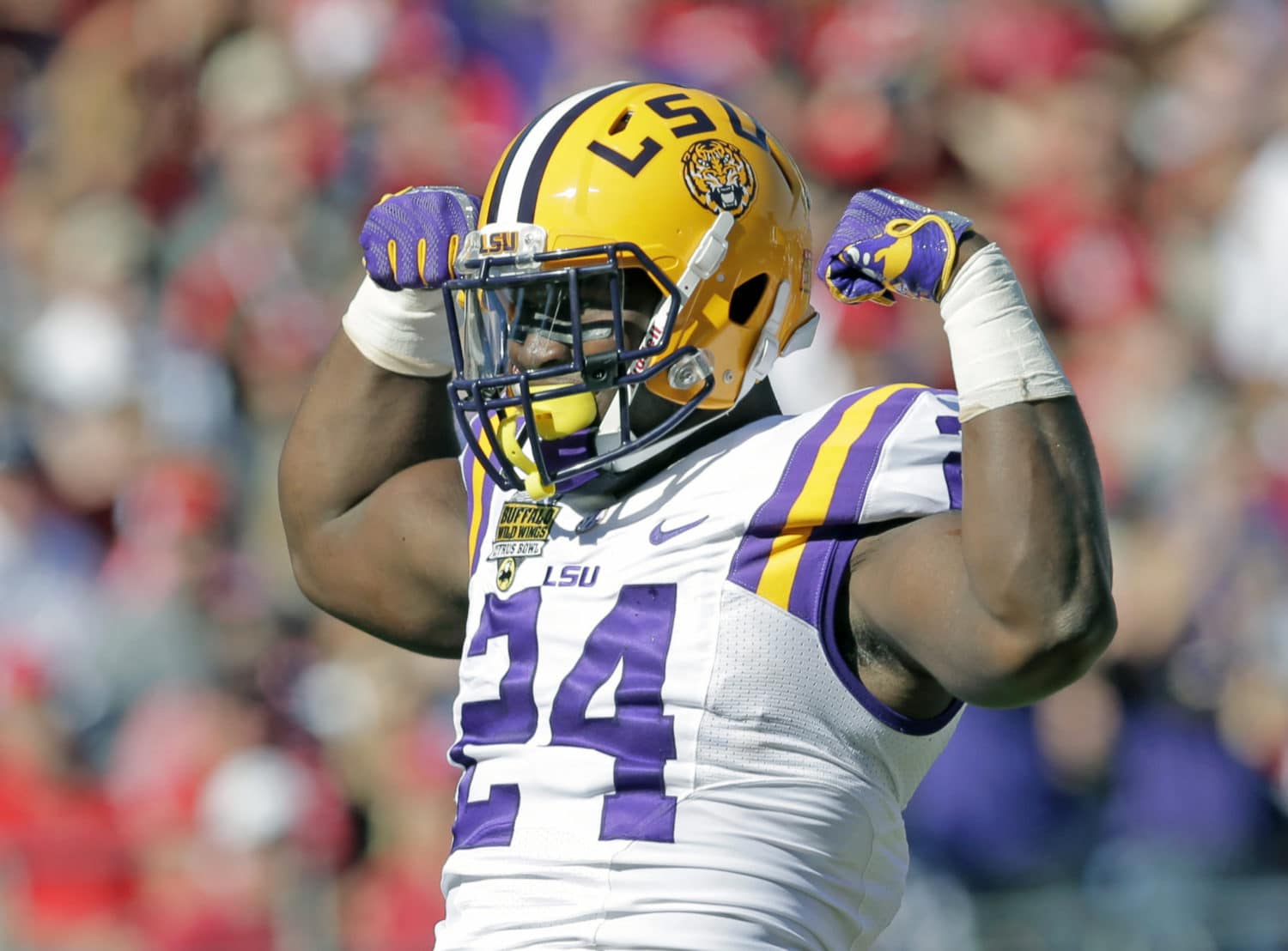 The Bucs lost a very good linebacker in free agency and could use a replacement. Devin White is the type of linebacker that can move in all directions equally well. He would become the captain of the defense very quickly. With the Bucs changing their defense, it is the perfect time to get an elite, blue-chip superstar to be the heart and soul of the defense for years to come. 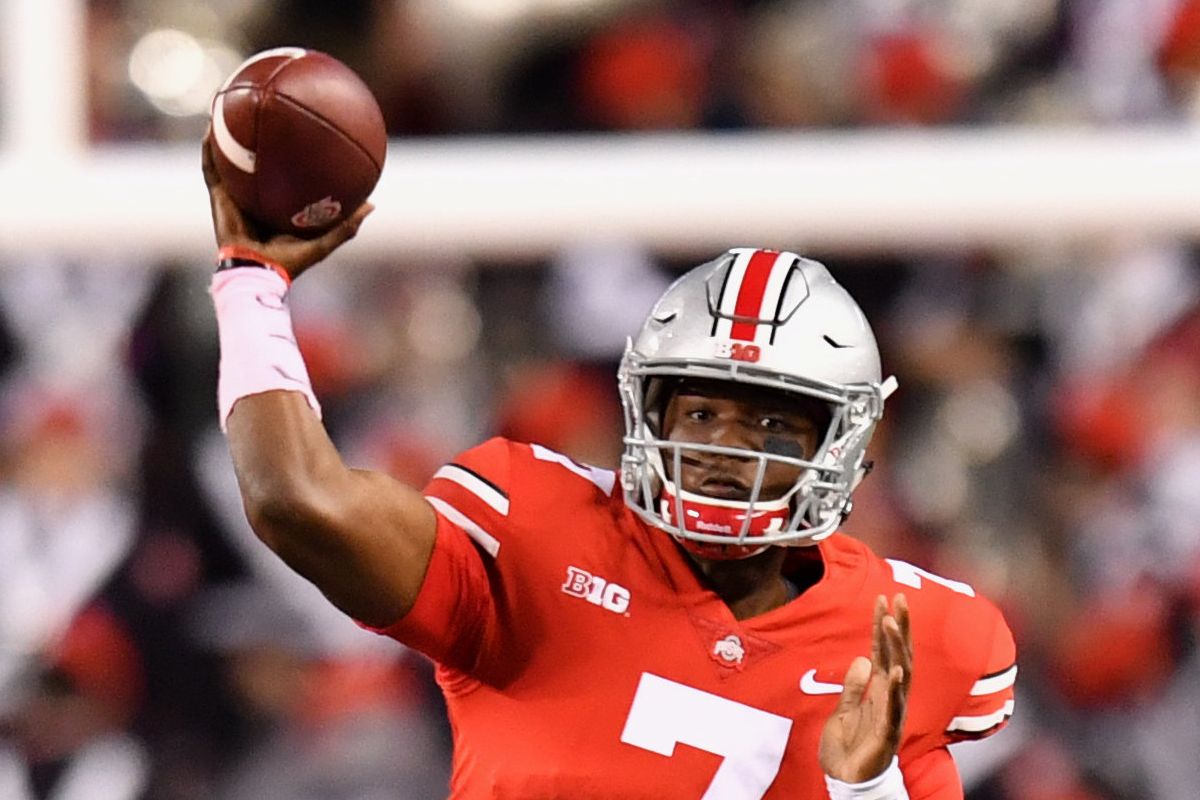 The Giants could be perfectly positioned to get their QB of the future. They have a seasoned, high character QB in place that has a year left in his contract (at quite a bargain, in fact). They could follow what many are now calling the “Kansas City” model, giving a developmental year for their future QB. So much confusion being purposefully thrown out there around this pick, but Haskins is the best overall QB prospect in this draft.

Foles is the stabilizing force at QB that the Jags have been craving. Signing Bortles to an extension was a big mistake, but that is done and over with. They could use an upgrade on their offensive line, but picking this high, they shouldn’t reach. They need to get cheaper on defense, as they have one of the most lopsided ratios of defense vs. offense salary expenditures in the league. They have cut some fat, and adding a gifted defensive lineman that they can have at a bargain for years would fix a lot of problems. 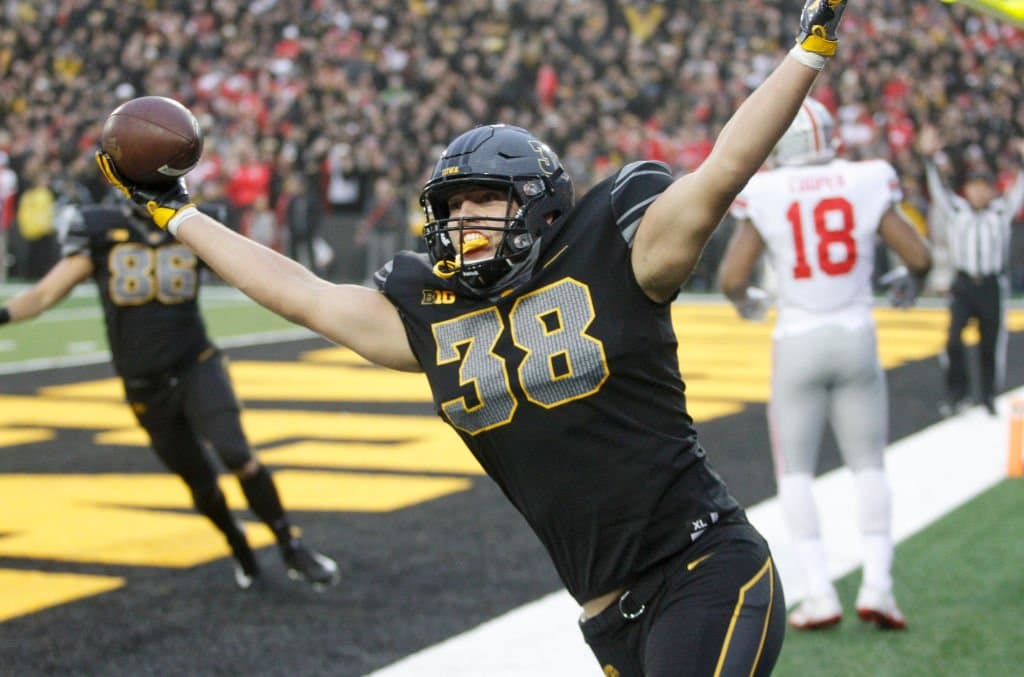 The Lions are in a very good spot here to trade back if there is a squeeze of supply on pass rushers and even QB’s. They have needs on the defense, but have preferred to hit those in free agency with veteran players that can pick up the complex defense quickly. They tried to get Gronk a year ago, and did pick up a very good TE in free agency, but wouldn’t be able to pass up on Hockenson. 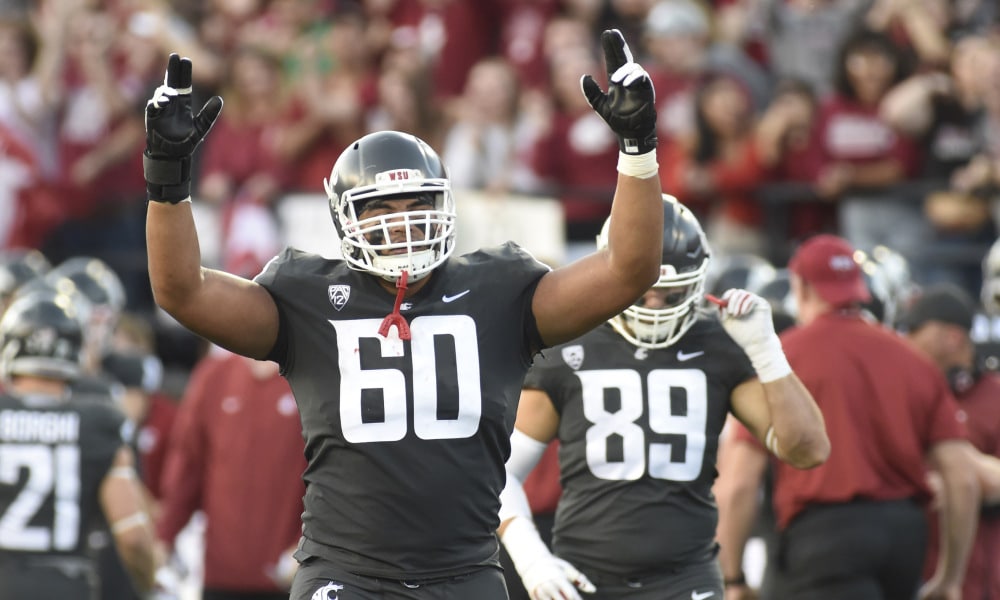 The Bills added a bunch of offensive linemen in free agency, but some of those guys will be fighting with each other for spots. A tried and true, exceptional left tackle that is polished in pass protection is exactly what they need. They can get wide receivers later in this draft, as they are a dime a dozen these days. 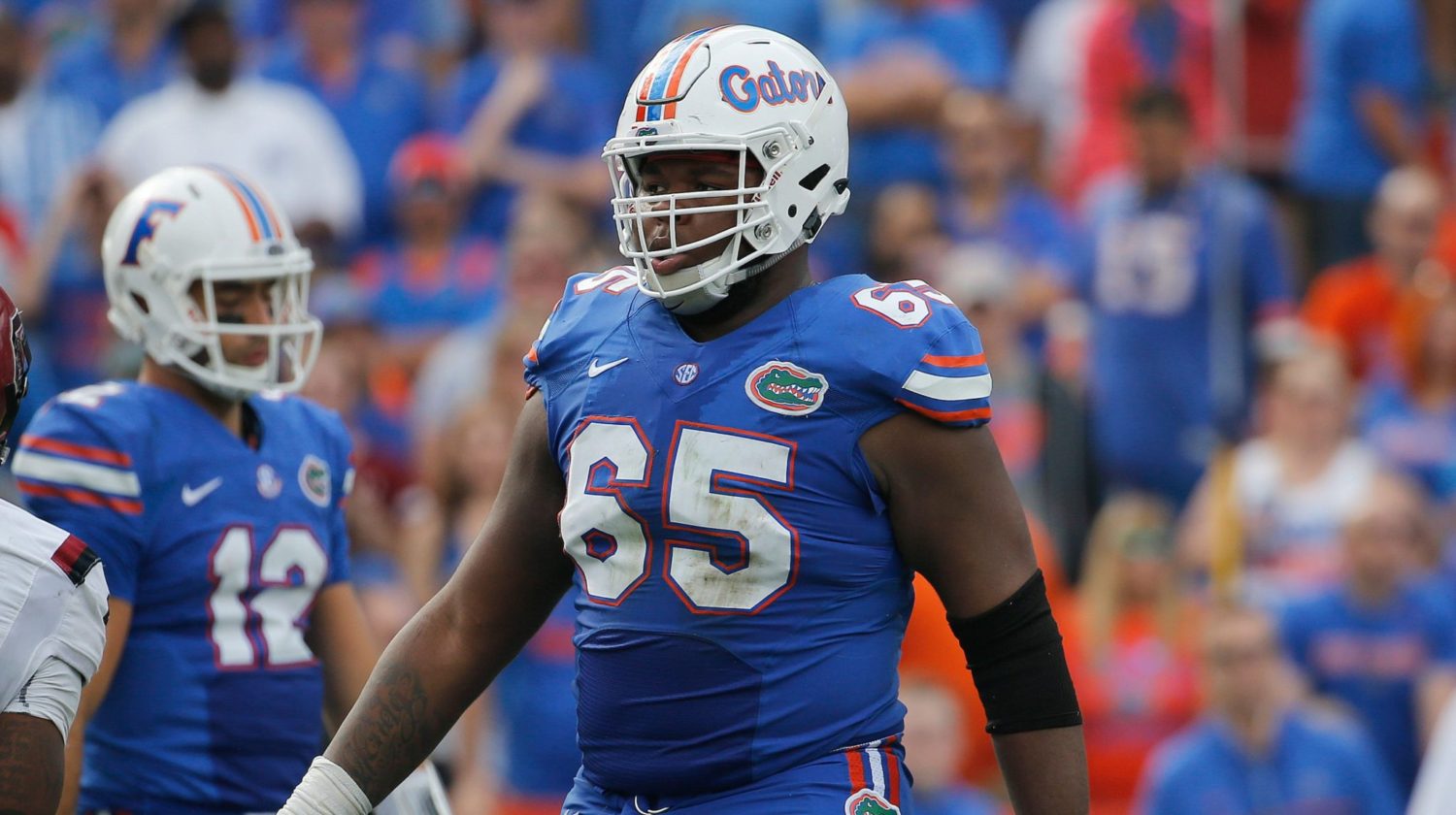 The Broncos are teetering on being in rebuild mode, and it is really up to them on how to proceed from here on out. They need a defensive tackle badly, but this draft is lousy with them. What they need immediately is offensive line help to protect their stop gap and whatever future QB they put in place. Whether they want to win now or in the start of a rebuild they can’t ignore their sub-par offensive line. 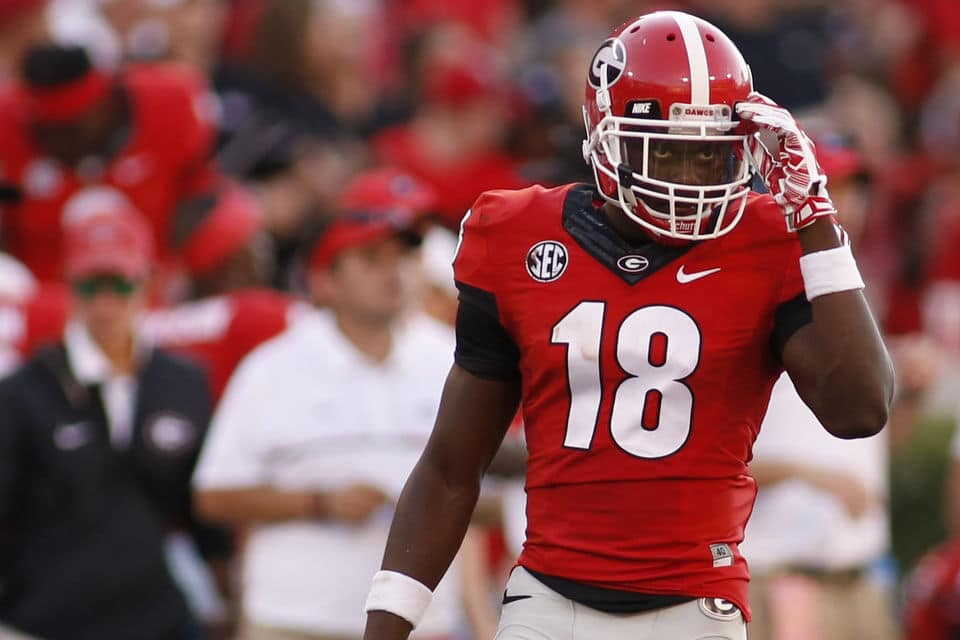 The Bengals have a new coach, which was a long time coming, but the question is maybe not why they didn’t make this change sooner, but rather maybe how much did Marvin Lewis keep a truly poorly built roster together and at least in mediocrity? They have some aging players in the secondary, and should strongly consider adding some young talent there. 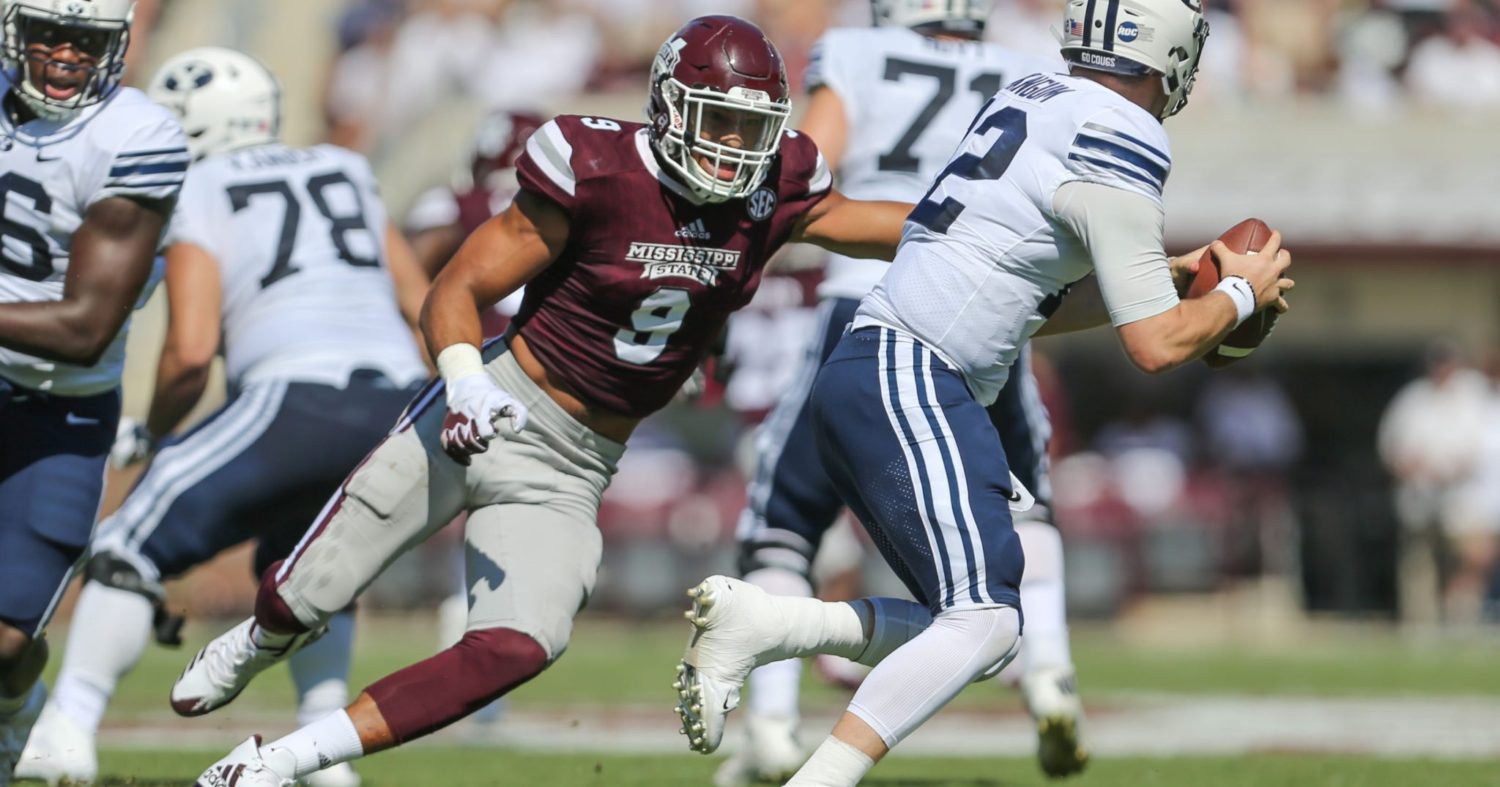 Ridiculous hit pieces about the Rodgers / McCarthy era aside, the Packers are entering a new phase, and have some serious needs in a few places on their roster. They have made a strong move in free agency, and have the opportunity to get one of the elite edge rushers in this draft. 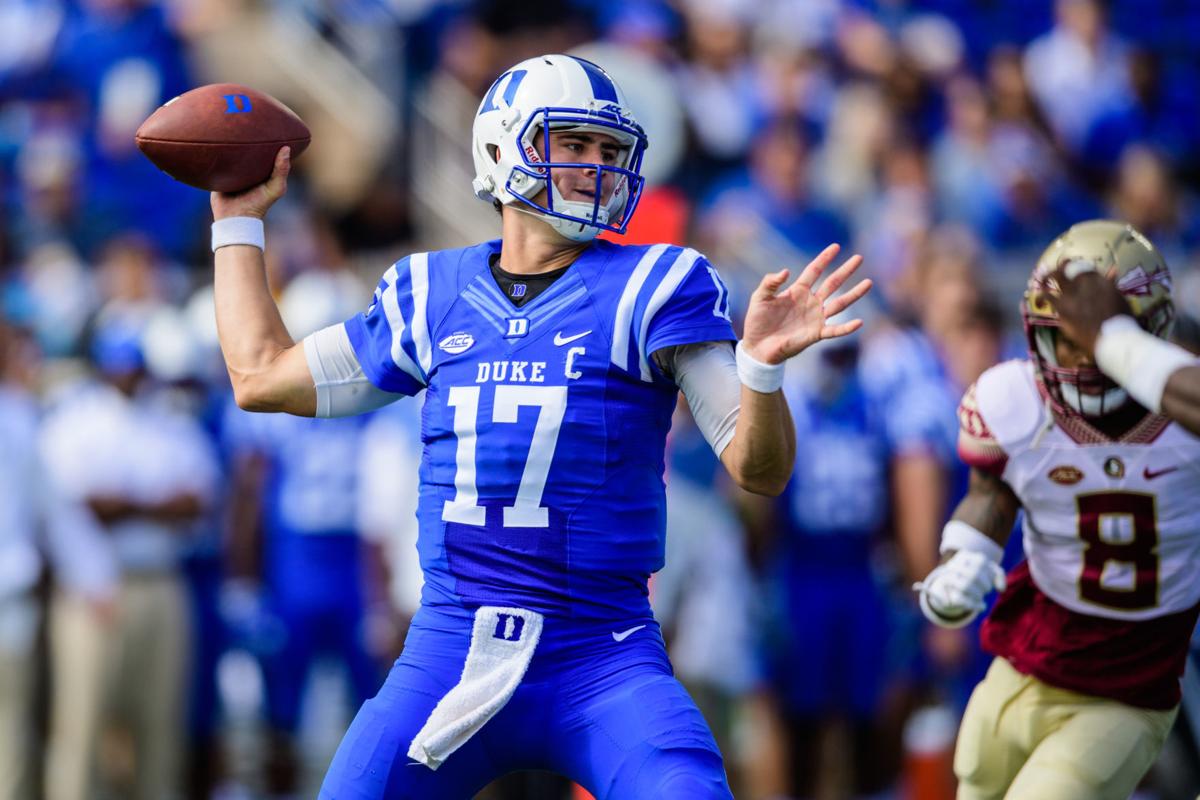 Will the Dolphins go in on the Rosen bidding, or perhaps wait until next year’s glorious QB draft? No one really knows, but the Dolphins are either going to zero in on a QB or… let’s not say they are “tanking” but they are in the “tanking” neighborhood. 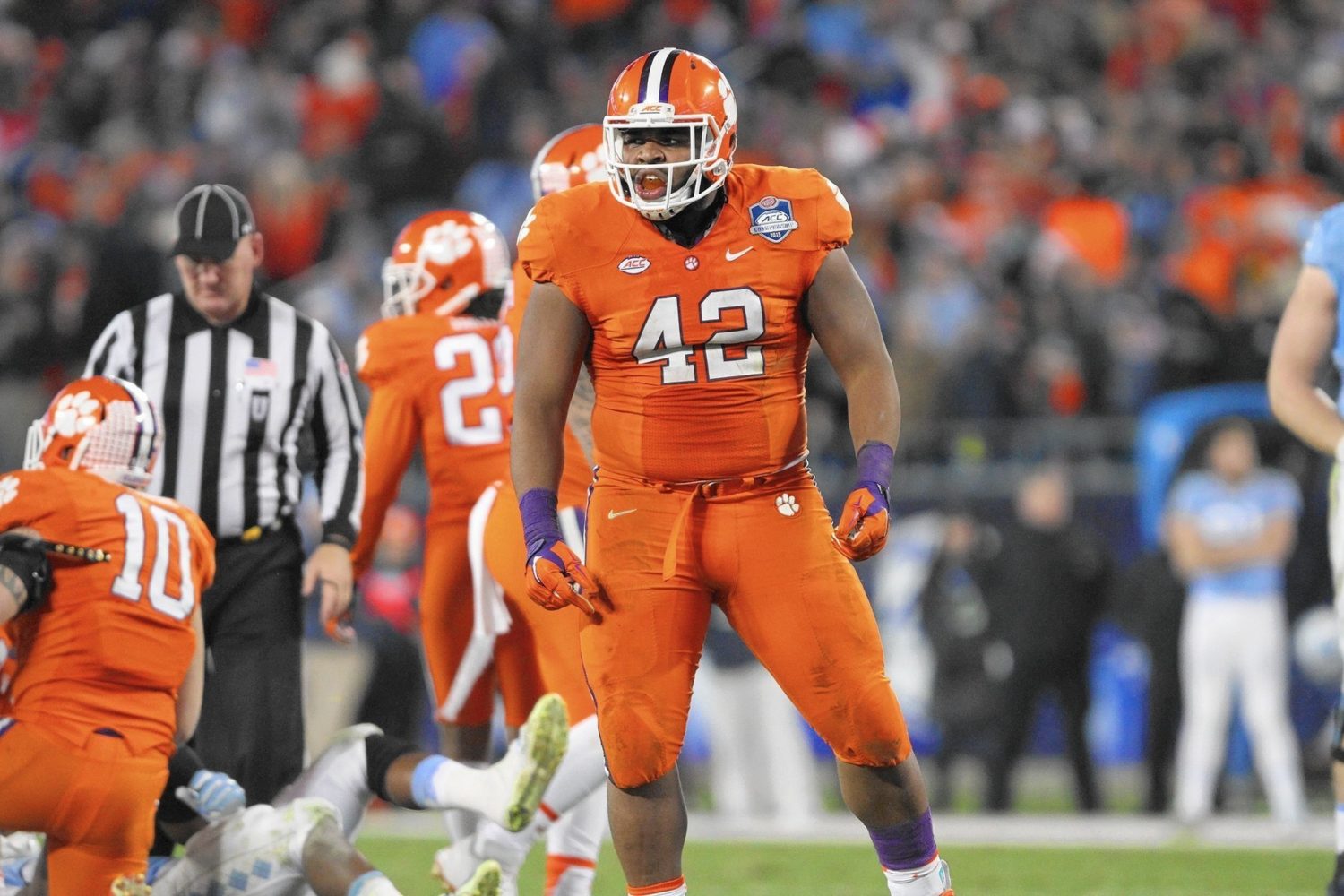 Atlanta enters a make or break year for their head coach and GM. This team is close, and better than most people think. Their need, which they have not been able to solve for years, is a dominating presence in the middle of that defensive line. Wilkins can do it all and moves extremely well for a big man. 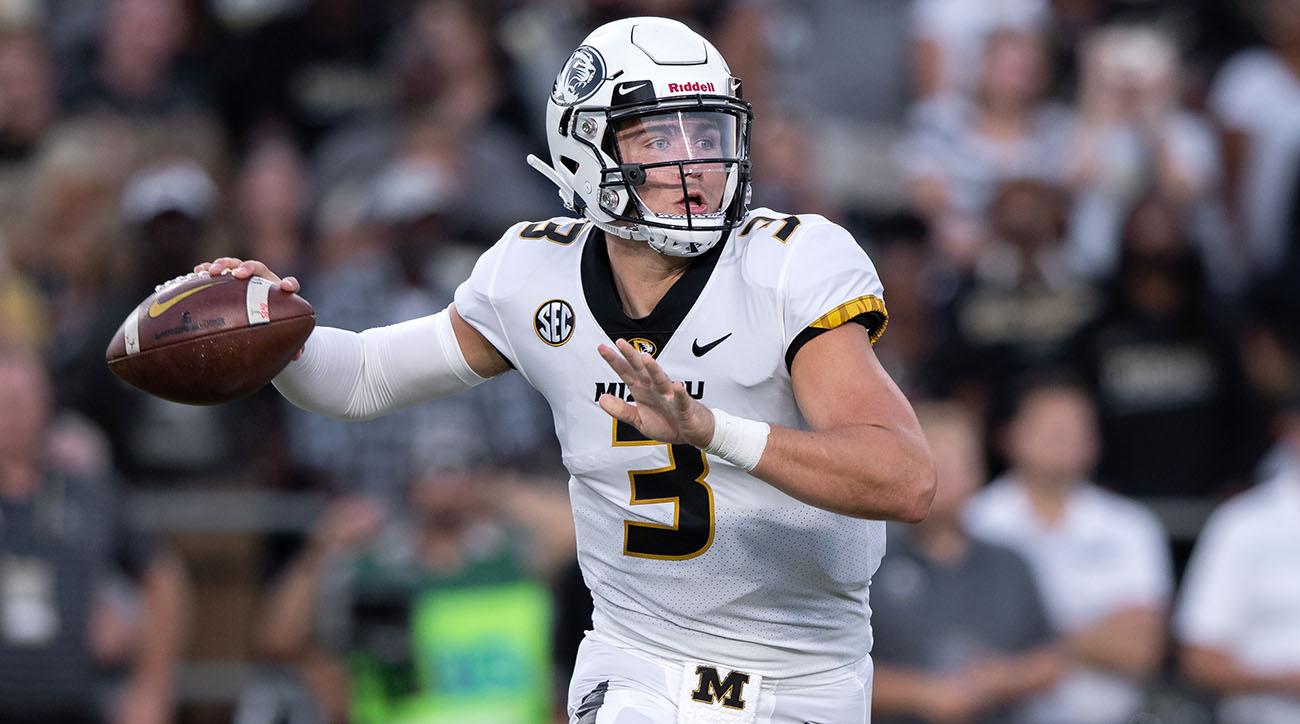 The Redskins are another team that appear to be in on Rosen. However, until that is done, they have kept interviewing college QB’s. Lots of talk about them making a move up for a QB, but if they stay here, Lock could very well be the QB on the board. 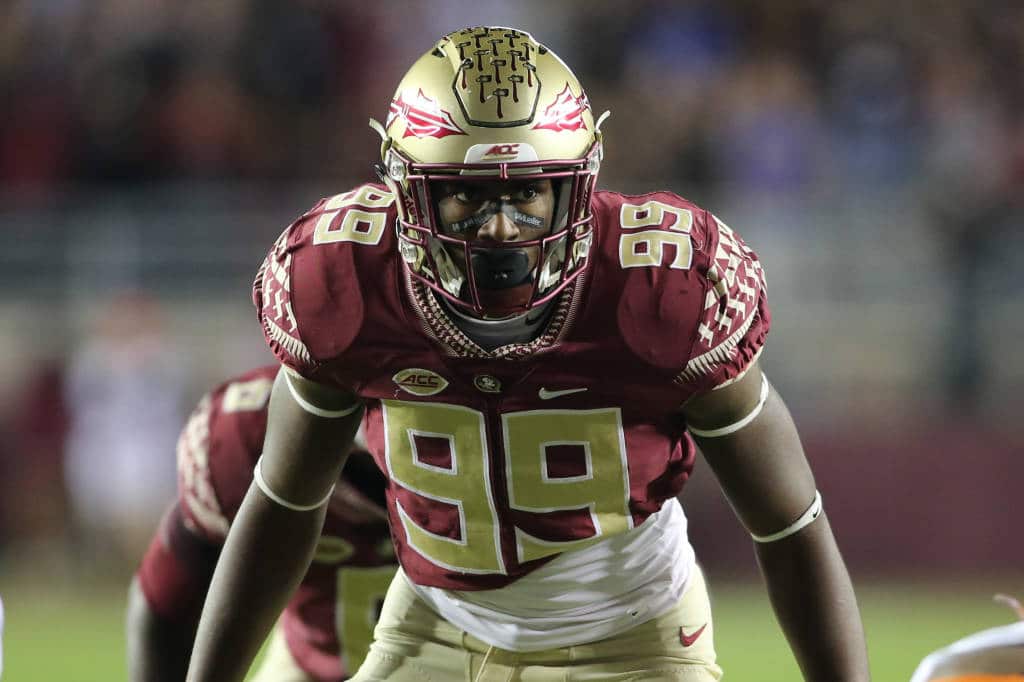 Burns played hard on every play for a team that, at times, seemed to quit on his coach. He is much more than an edge rusher, as he was asked to drop into coverage often at FSU. That dynamic skillset could move him ahead of some other pass rushers in the first round. 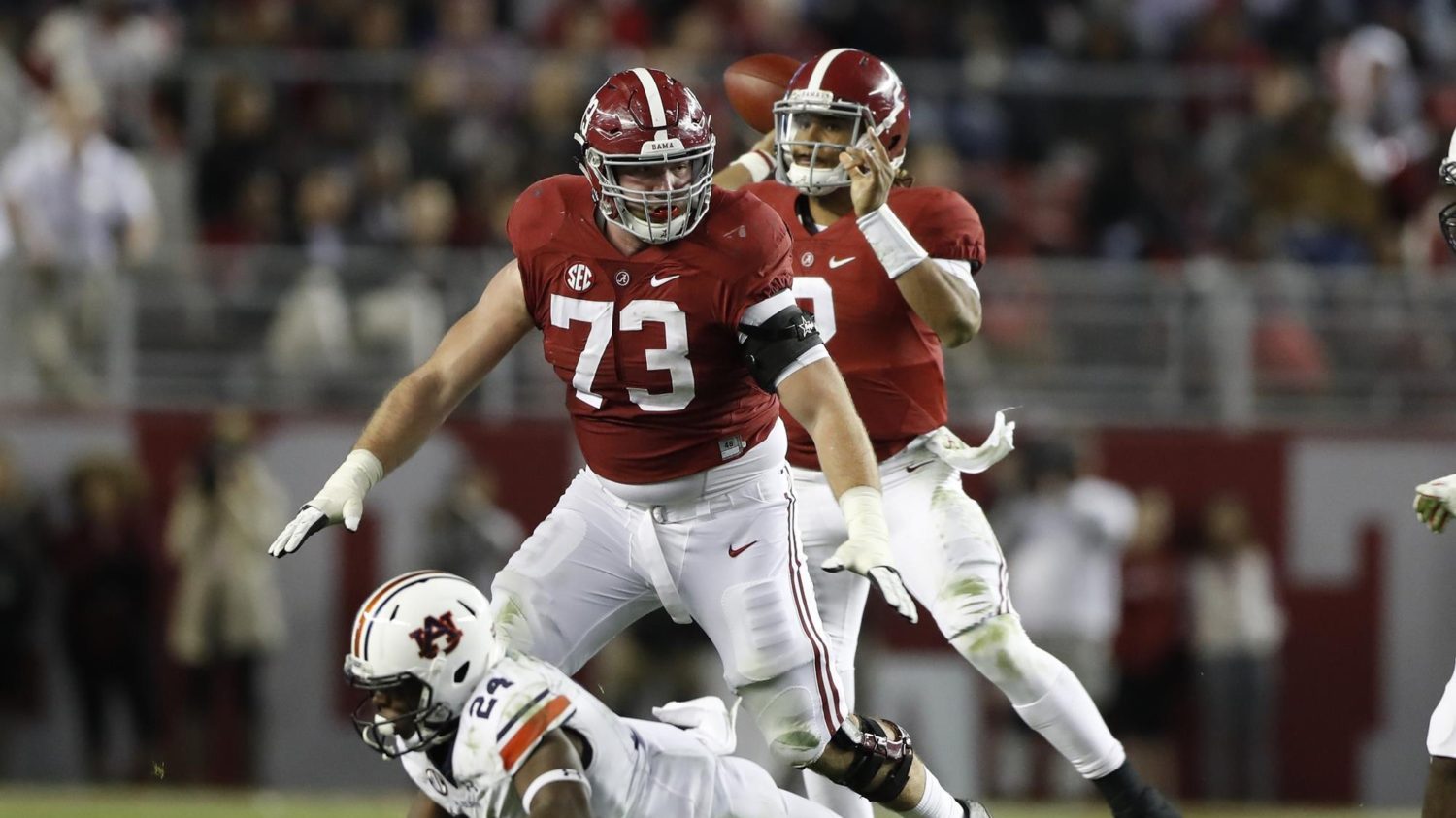 This is an extra pick from the OBJ trade with Cleveland, and the Giants, you would assume, would have a list of offensive line prospects here, and will take their top rated player here. Their offensive line is awful, with the exception of a couple of young, developmental players. Williams probably will play at tackle, but there is some talk of him at guard. Regardless, they need to add talent to that unit.

Everywhere on the Vikings roster there is talent, but the offensive line is the glaring weak spot. They are in a place similar to the Texans and the Ravens, where whatever they do, they have to improve that unit by next season. Cody Ford is most likely a right tackle, but also possibly a guard. Doesn’t matter, he is an elite talent and could instantly improve their O-line. 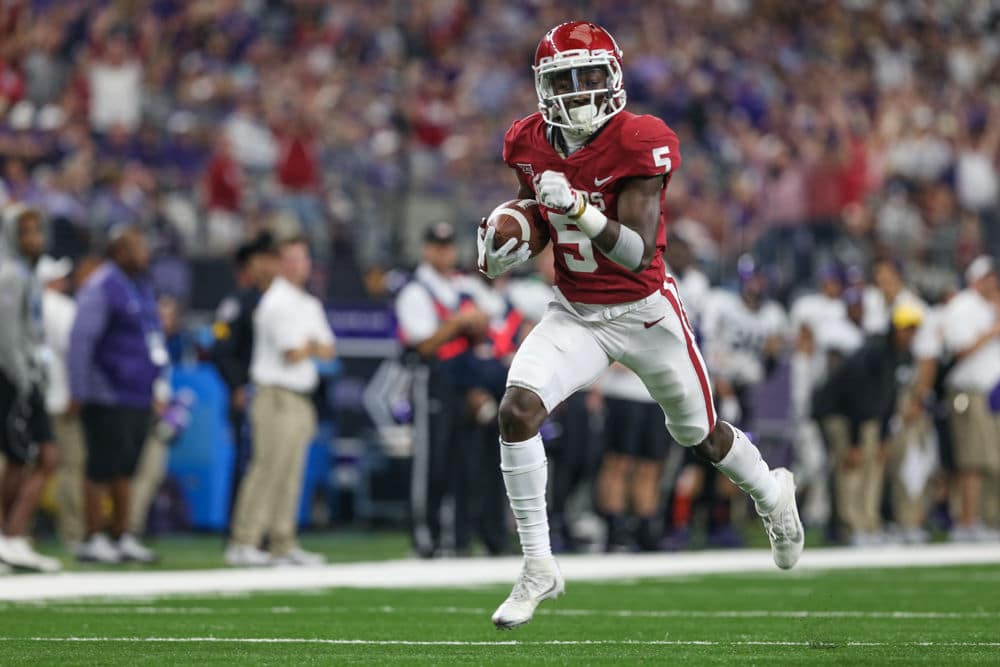 There could be a surprise on how the wide receivers go in the draft. Hollywood Brown is the consensus top WR in the draft, but has a Texas game late in the year that should give pause. If you throw that game out, he is an exceptional offensive weapon, and has shown the character to fight his way to playing on Oklahoma. 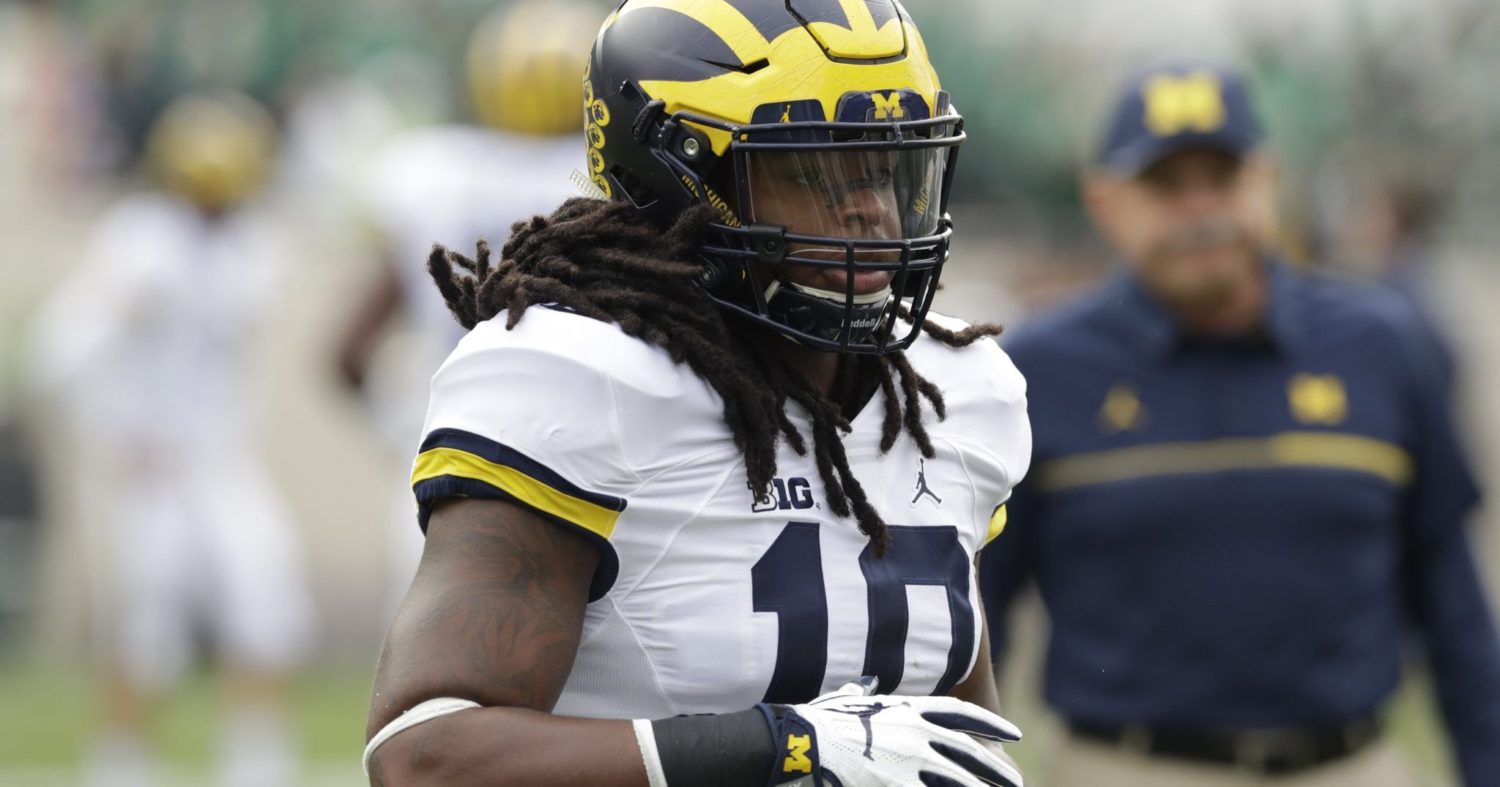 Tough to project any other position to the Steelers other than linebacker, with the exception of maybe a cornerback. Bush has all of the tools to excel in the Steeler’s defense, and might not last this long. However, if he is available here, you have to think Pittsburgh would rush to the podium. He can move all over the field, but might have to work on his tackling technique for the sole purpose of not getting injured.